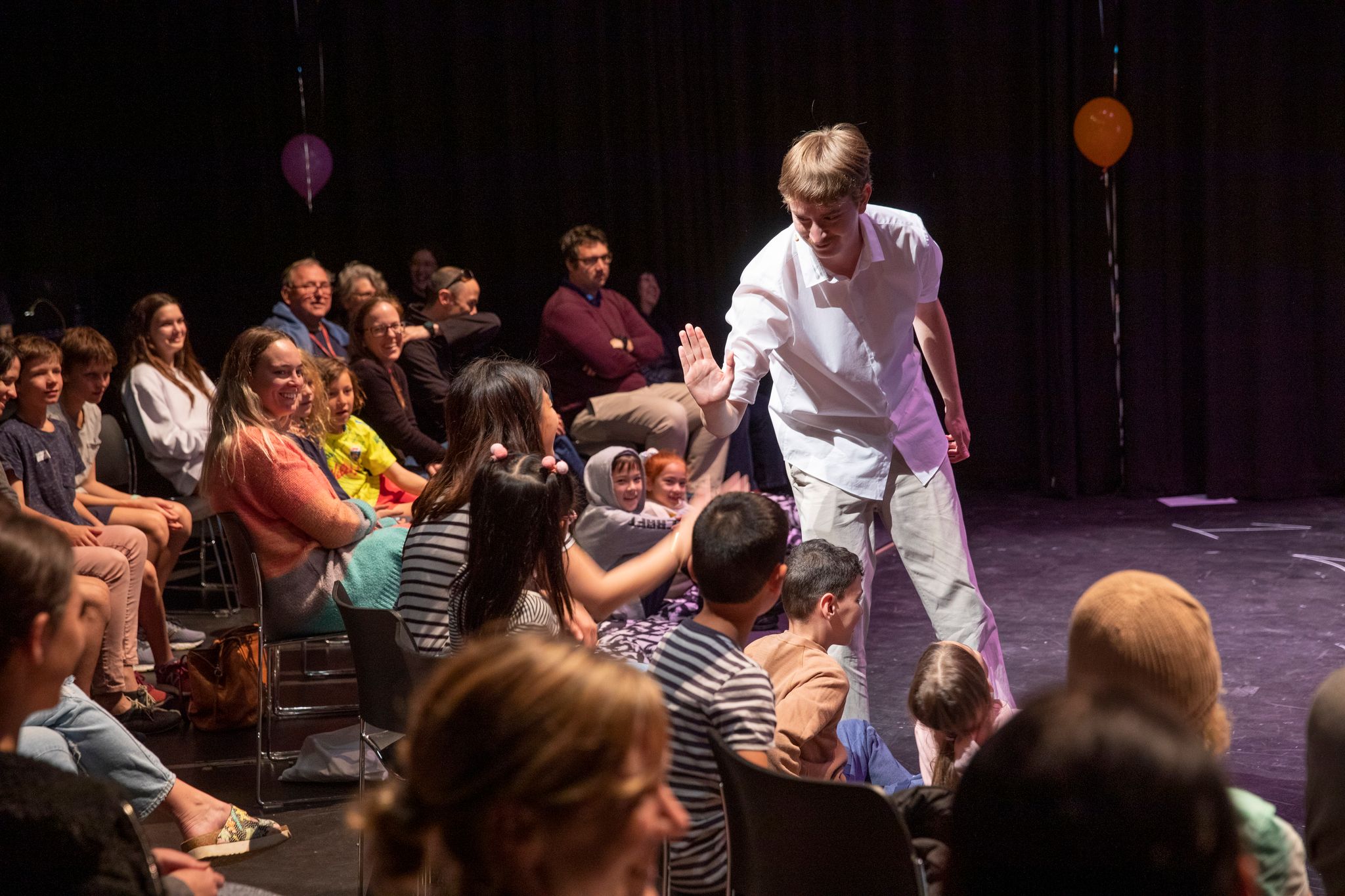 Adam Kelly is, in his words, an autistic gentleman. Finbar is a fish. Adam and Finbar think that asking someone what it feels like to live with autism is pretty much like asking a fish if it knows it’s in water, which is pretty funny if you think about it.

Based on the Fringe-award-winning show, ARCO, Adam’s ARCO Jnr is a family-friendly performance about living with autism. Or, in Finbar the fish’s case, living in water. This delightful work takes a heartfelt look at the life and struggles of a young man trying to make connections with the people and world around him. Along the way Adam asks gently of his audience to consider life from his perspective.

Souped-up with the whimsical animations of neurodiverse artist Ben Hollingsworth, and following a sell-out premier season as part of AWESOME Festival 2021, ARCO Jnr promises to be a great treat for regional families.

Join us as Adam and Finbar dance, draw, fly and joke their way into young hearts.

To secure seats for you and your students at the upcoming ManPac performance of ARCO Jnr:

ARCO Jnr was developed with the assistance of the Australian Government through the Australia Council for the Arts, its arts funding and advisory body.