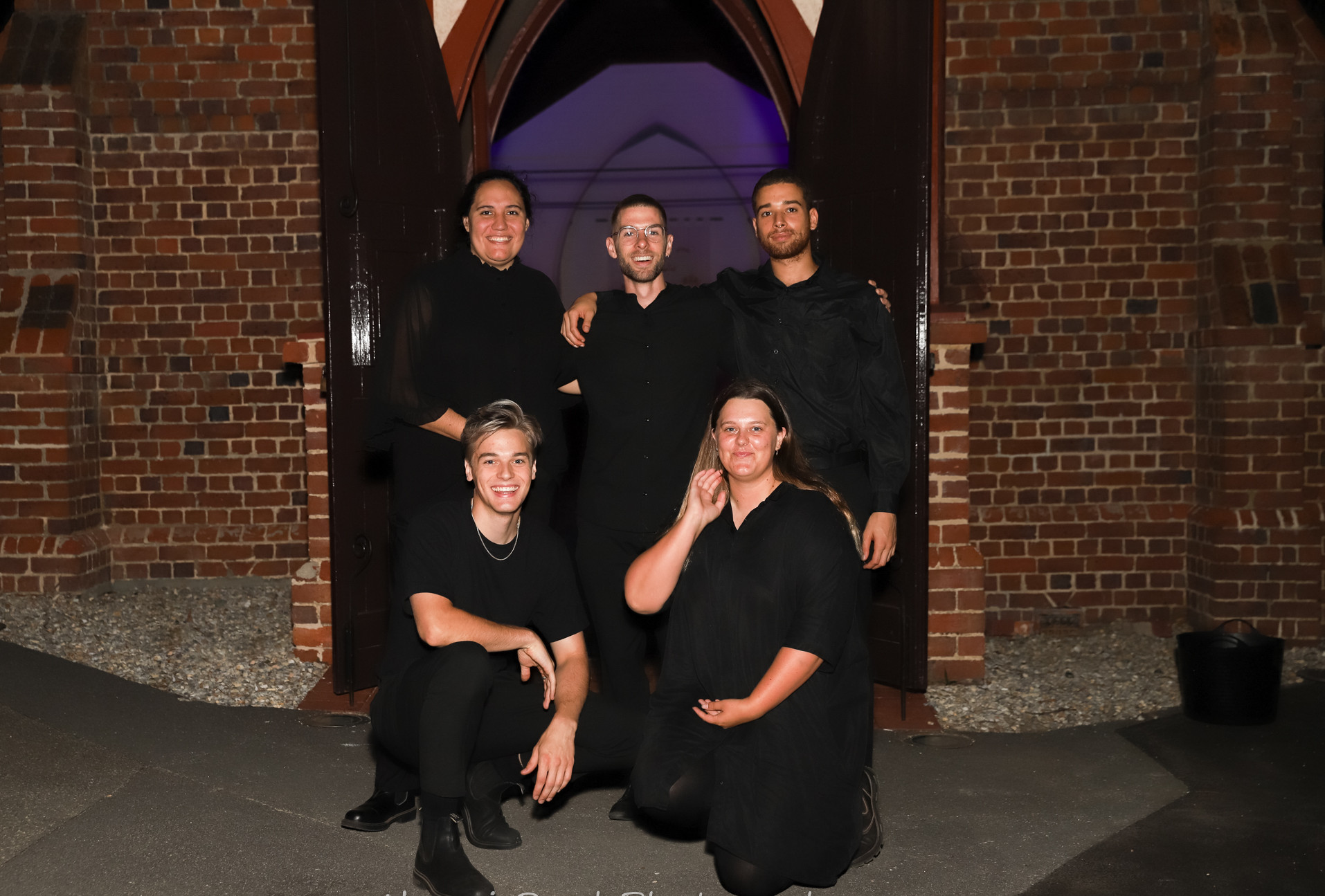 Hi my name is Hannah and I was one of the lead creatives on the 2021 season of REST. Having previously worked on the original season for Fringe in 2019, myself and all star crew of emerging makers were assembled to work on a redeveloped show for Fringe 2021 (and hopefully beyond).

REST is a collaboration between WAYTCo and the National Trust  of Western Australia. Taking place at the East Perth Cemeteries, a small audience is guided through the site at night, as they listen to stories from First Nation and colonial histories. Ultimately this show invites you think about legacy. It’s not a spooky production, but a place to ground yourself and reflect on WA’s history and your own relation to what happens beyond life (if anything). For the 2021 season our team’s main task was to take adapt REST from a show with a cast and operation crew of 25 people, and turn it into a 3 hander with a compact tech design, while still providing a meaningful and impressive production for the audience that was so successful in the first iteration.

From March to November in 2020 we met regularly over zoom (as the world had by this point been thrown into a pandemic) and eventually in person as things begun to resume. This project was a large learning process for us as emerging creatives. We were guided through editing scripts, grant writing, creating budgets, working with designers, writing new material, recording monologues, purchasing equipment, bumping in and building the show- phew!

Working at the East Perth Cemeteries, a significant location on Western Australia’s history, had its challenges, especially when creating a theatre event that is mostly outdoors. It means you have to be incredibly flexible with your directorial vision, in particular the lighting and what can be achieved outside. As you can imagine, the cemetery has hundreds of tombstones, crosses and iron fences around graves, which at night can be difficult to navigate. The audience’s safety was paramount, meaning their journey throughout the show took a lot of serious consideration and resourceful flood light placing. In fact our cast were as much lighting operators as they were performers, ensuring our audience felt safe and could see where they were going…which is pretty important when you are walking through a cemetery! I believe the effect of this created a unique and intimate experience for our audience, as they were able to watch the cast create spaces, pathways and meaning from their use of lights. This was a conscious decision to show the mechanics of the show, which I think added to the magic of the site.

In November we started to work on site, which essentially meant I spent my summer in a cemetery not the beach! Lots of people asked if it was eery or spooky working at a graveyard, but most of the time it was pretty relaxed apart from the odd occasion when you would get a chill down your spine and remember what lay 6 feet under the ground.  My favourite time of the rehearsal was dusk, the owls that live in a tree next to the church would fly around as we rehearsed.

We were incredibly fortunate to have Maitland Schnaars; a First Nations performer and cultural mentor, come on site many times to offer his invaluable guidance. This was especially helpful to get Maitland’s support particularly with the Noongar  language translations, direction of the scene at Tommy Dower’s grave (the only First Nations person with a tombstone buried at east Perth) and answering all of the cast’s questions about the Noongar history of the site.  Maitland advised that we have a smoke at the entry and exit of the cemetery to cleanse every one of the spirits that might have been present during the show.

I am incredibly proud of REST 2.0, but even more proud of the team that worked on this production during lockdowns, over zooms, cancelled shows because of more lockdowns and shows that were cancelled because of rain and storms, the curse of outdoor shows! It was not a smooth process or performance season because of these reasons but I am proud that the shows that did go ahead, honoured both the beauty of the site and the incredible stories it holds.

For the latest on WA Youth Theatre Company, sign up to our newsletter today. 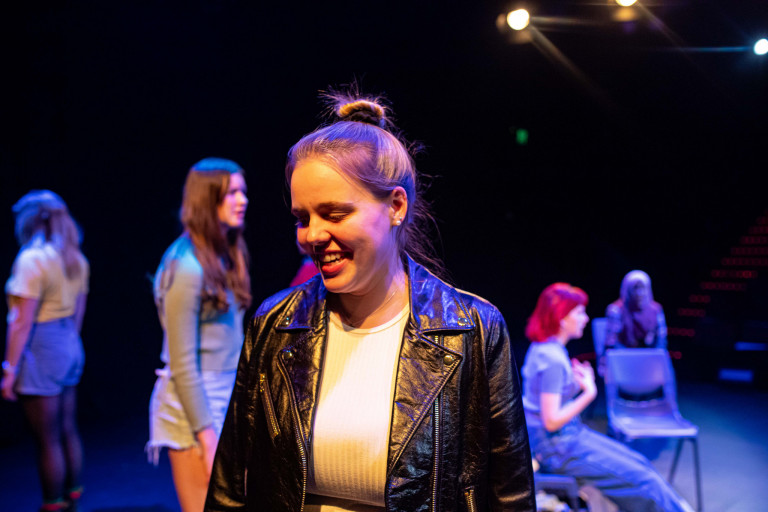